Paint and collage on scrap pieces of plywood, for informations elenamauri15@gmail.com

"To each  movement happening in the universe is associated a quantity called action, to which is possible to give a mathematical expression. In addition, among all the possible moves, what will take place, the one chosen by nature, is one that minimizes this action."

All our lifes have an infinite potential, the universe offers us in each moment an infinite number of possibilities to achieve it.

Our mind, however, tends to see only some of these possibilities,

limiting or complicating our ability to act and forcing us to live within the limits that we often impose to ourself by convention, fear, or simply because we can not think of alternative possibilities.

In fact, everything can change in the space of a second in a thousand of unexpected and unthinkable ways.

The principle of least action says that nature chooses the easy way out,

which is not always the fastest or the one that our logic and our reason would require us to follow.

This principle of physics finds a parallel in the Buddhist concept of Ichinen Sanzen, which sees more than three thousand possibilities in every single moment of our lives to change our condition.

By relying on this idea with confidence we put ourselves in the position to flow along with everything that surrounds us reducing stress and abandoning the idea of rational control to which we cling to find comfort.

Raw plywood boards in white, with collage applications of butterflies in black and white.

The choice of the materials and of the tecnique has been inspired by the principle of least action, everything has been kept in its raw state and less elaborate as possible, everything has been created only with what I already had in the house during renovation works or that I could produce without going out.

I have chosen to create a contrast between straight lines and the undefined space, on the one hand the controlled rigidity of the lines, on the other, the randomness of paint dripping and free and irregular brush strokes.

The image of the butterfly, printed and applied rather than painted, is in black and white.

Black and white, light and shadow, recall the stages of alchemical transmutation, black has in it the potential of gold, the life that is continually changing and never finishes, the philosopher's stone.

These works will not be displayed on the walls, but installed by placing them on the ground next to one 'another in a seemingly random way.

« among competing hypotheses, the one with the fewest assumptions should be selected »

« Do not multiply the elements more than is necessary. »

« Do not consider plurality if is not necessary. » 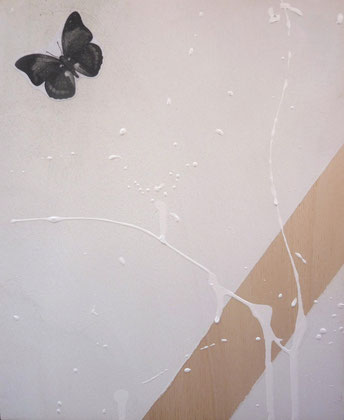 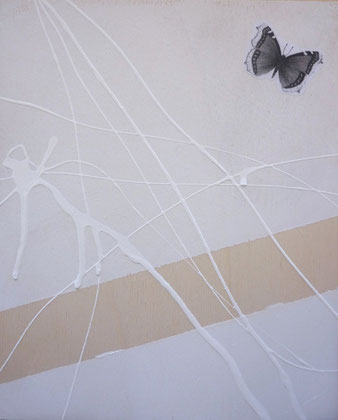 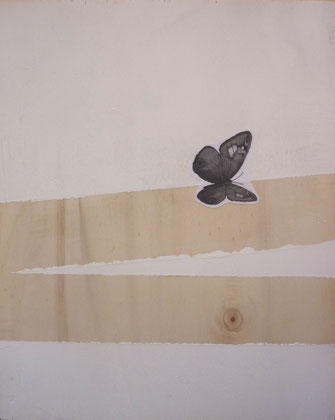 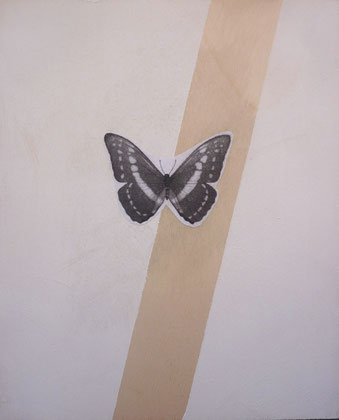 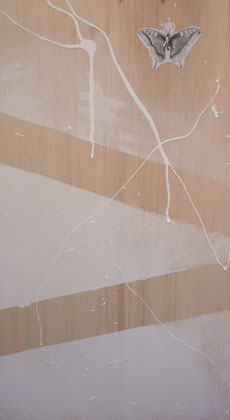 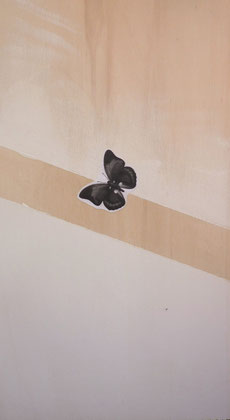 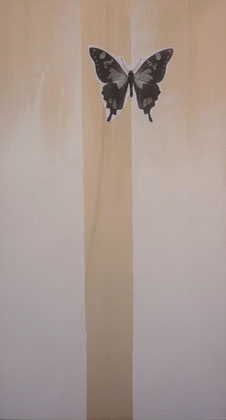 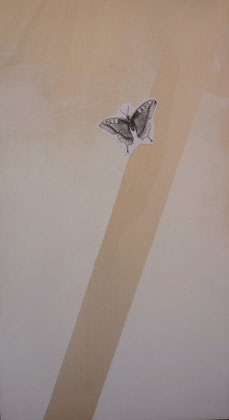 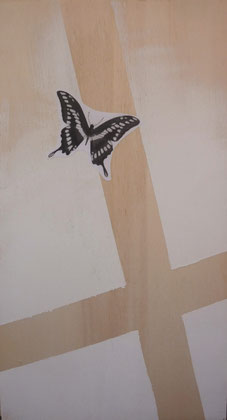 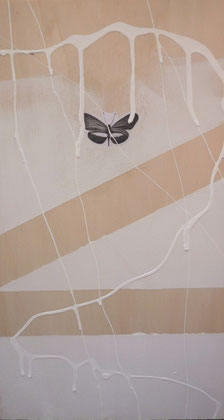